Piero Portaluppi was born in Milan on 19 March, 1888 to Luisa Gadda and Oreste, a construction engineer. In 1905, he obtained his school-leaving certificate from the Carlo Cattaneo Technical High School and subsequently enrolled at the Polytechnic University of Turin, where his classmates were Enrico Agostino Griffini and Carlo Calzecchi. While studying at university, he began working as a cartoonist for several Milanese satirical magazines, amongst which “Il Babau”, “A quel paese” and “Il Guerin Meschino”.

In September 1910, he graduated in architecture and was awarded the gold medal prize, which the Association of Engineers and Architects of Milan used to award to the best graduate of the Polytechnic. The following year he was appointed “associate lecturer appointed by the University Management Committee” linked to the course held by Gaetano Moretti and he thus began his academic career. At the same time, he established his own architectural practice. 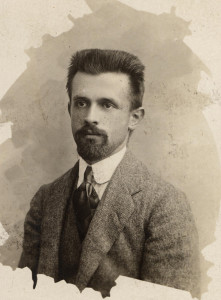 From graduation to World War I

After the first minor works – decorations of façades and some tombs – in 1912, he began his long collaboration with Ettore Conti, a leading figure in the Italian power sector. From 1912 to 1930, Portaluppi designed numerous hydroelectric power plants – situated mainly in Val Formazza – for Imprese Elettriche Conti, or firms connected to it. Amongst these, the most famous are: Verampio (1912-1917), Valdo (1920-1923), Crevoladossola (1923-1924) and Cadarese (1925-1929). From 1918 to 1920, he also built the Grosio power plant for Azienda Elettrica Municipale di Milano.

During the First World War, Portaluppi served as an officer in the Engineer Corps in Veneto and Friuli. In 1916, he was detailed to Val Formazza for the reconstruction of power stations that had been destroyed by enemy bombing. After the Battle of Caporetto, he asked to be reassigned to a combat troop division.

In the same period, Portaluppi was appointed professor of architecture. At the end of the war, he resumed his private architectural practice. In 1919, he was commissioned important projects, including the headquarters of the Linificio e Canapificio Nazionale, the renovation of the Pinacoteca di Brera, Villa Fossati and, above all, Casa degli Atellani in corso Magenta (Ettore Conti’s house). Thanks to Conti, Portaluppi was introduced to important Milanese middle-class clients. The following families became his clients: first Borletti and Fossati, followed in the 1920s by Crespi, Angelo Campiglio and Mino Brughera. In 1920, Portaluppi developed two projects, which are iconic of his architectural practice:

– the skyscraper that appears on the New York skyline for the company S.K.N.E. – whose initials were pronounced “scappane” by Portaluppi (which in Italian means “Get out of here!”), which was almost a warning, and;

– the residential blocks for the Allabanuel district – (which he read backwards to form the Milanese expression “L’è una balla” (“It’s a hoax”).

These exemplify the architect’s ironic stance with regard to modernism and urban design. In 1926, these works were followed by his design for an infernal utopia called “Hellytown”. 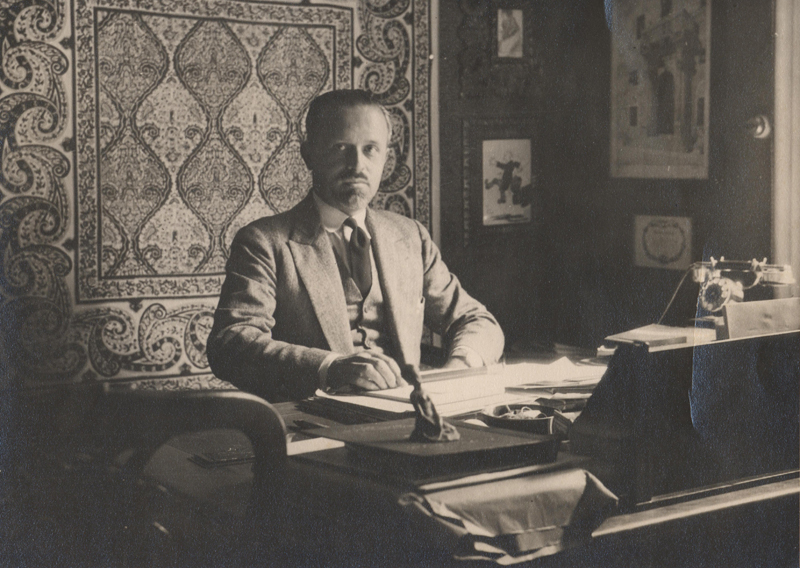 The twenties are a period of intense design activity. Besides being commissioned the prestigious projects of the Banca Commerciale Italiana office building (1928-1932) and the Hoepli Planetarium (1929-1930), he also worked on the following major residential projects: the Buonarroti-Carpaccio-Giotto building (1926-1930), Casa Crespi in corso Venezia (1927-1930) and palazzo Crespi in piazza Crispi (1928-1932). In the industrial sector, in addition to hydroelectric power stations, he built factory buildings for Società Ceramiche Italiane in Laveno and, between 1925 and 1928, the Alfa Romeo, Agip and Pirelli pavilions at the Milan Trade Fair. In 1926, together with Marco Semenza, he won the competition for the Milan General Plan, with the project called “Ciò per amore” (meaning “This for Love”) from the anagram of their names. In 1929, as he was widely recognised as being a highly acclaimed architect, he was invited to build the Italian pavilion for the Barcelona Universal Exposition. In the same year, with the restoration of the Atellani Chapel, wanted by Conti, he started working on the church of Santa Maria delle Grazie. Portaluppi restored the church between 1934 and 1938, and was then charged with the reconstruction (1944-1948) and restoration (1958-1959) of the sacristy designed by Bramante.

The 1930s saw the consolidation and stabilization of his private profession, in the electricity sector – due to the fact that Conti had left Edison – but this was firmly focused on a series of important public and private projects in which there was a shift towards moderately modern stylistic features. This is apparent in the Villa del sabato per gli sposi, built together with BBPR for the fifth edition of the Triennale in 1933. Amongst his most important projects are the INA building in piazza Diaz (1932-1937), Villa Campiglio (1932-1935), the Ras insurance company building in via Torino (1935-1938), the headquarters of the Federazione dei Fasci Milanesi (Milan Federation of Fascists) in piazza San Sepolcro (1935-1940) and Palazzo dell’Arengario, built between 1937 and 1942, together with Griffini, Muzio and Pier Giulio Magistretti, after winning a competition for rearranging Piazza del Duomo.

The war dramatically marked his personal life due to the death of his son Tuccio. After the Liberation of Italy, two lawsuits were brought against him to remove him from his post of university professor and from the register of architects. He was acquitted of the charges brought against him between the end of 1945 and 1946. Reinstated as dean of the Faculty of Architecture, Portaluppi retained this position until he withdrew from academic life in 1963. 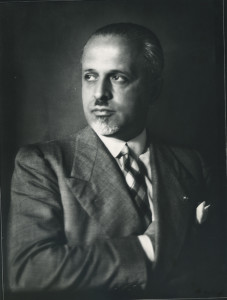 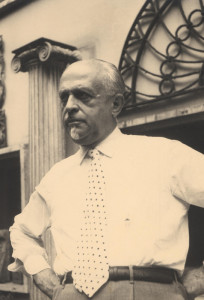 After World War II, his presence in institutional circles increased – with his appointment as chairman of the Association of Architects (1952-1963), as a member of the Governing Council of Fine Art and Antiquities and the Papal Commission for Religious Works of Art, and as chairman of the Technical Committee of the Teatro alla Scala – while his professional activity slowed down. Portaluppi, however, worked on some of the most important historical buildings of Milan: Brera (1946-1963), the conversion of the Convent of San Vittore into the Museum of Science and Technology (1947-1953), the conversion of the hospital Ospedale Maggiore into the Università Statale (Milan University) (from 1949), the Piccola Scala (1949-1955) and the project for the rearrangement of Piazza Duomo (1964). He also designed new buildings, some of the most well known being: the Milan headquarters of the Ras insurance company, in collaboration with Gio Ponti (1956-1962), and the Italian hall of residence of the Cité Universitaire de Paris (1952-1958).

Piero Portaluppi passed away in his home in corso Magenta on 6 July, 1967.