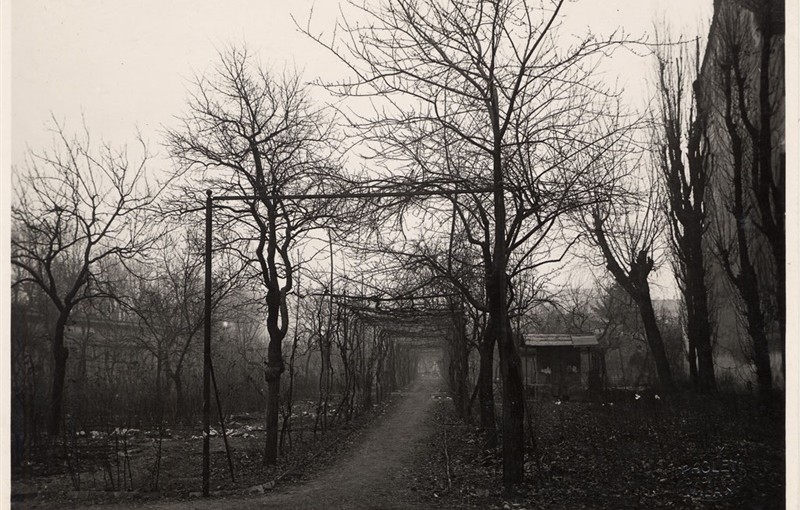 Leonardo da Vinci moved from the Florentine court of Lorenzo the Magnificent to the court of Ludovico Maria Sforza (known as “Il Moro”) in Milan in 1482. In 1498, as a sign of gratitude for the various services and especially for the fresco of the Last Supper in the refectory of Santa Maria delle Grazie, Ludovico il Moro gave Leonardo a vineyard.

Situated at the back of Casa degli Atellani, Leonardo’s vineyard was rectangular in shape and covered an area of 8,300 square metres, as detailed in two maps sketched by Leonardo himself. Ludovico’s gift was no coincidence. Leonardo came from a winegrowing family and wine was one of his many areas of interest. This is confirmed by his shopping lists and sketches of parts of vines and the important moments of their life cycle, as well as the many notes on the subject found amongst his papers.

In the winter of 1500, Leonardo left Milan and rented the vineyard out to a certain messer Pietro Giovanni da Oppreno, the father of his favourite student, Gian Giacomo Caprotti, who was nicknamed “Il Salai”.

Two years later, the French authorities, who in April 1501 had defeated and imprisoned Ludovico Il Moro and settled in Milan, confiscated Leonardo’s vineyard. However, in 1507 the vineyard was returned to him. The lieutenant of the King of France in Italy asked Leonardo to return to Milan to finish some of the works he had started, and Leonardo set as a condition for his return the cancellation of the confiscation of the vineyard. A month before his death – which occurred on 2 May, 1519 – Leonardo specified in his will that the vineyard was to be divided into two equal parts: one part was to be given to “Il Salai”, who had built a house on that land, and the other part was to be given to Giovanbattista Villani, the servant who followed Leonardo faithfully until the artist’s death. Villani later transferred his plot of land to the nearby Monastery of San Gerolamo, while the legal fate of the other lot is lost in time, just like Salai, who died ten years after Leonardo.

All of this information, as well as the precise dimensions and position of the entire vineyard – roughly parallel to the current via de Grassi – have reached us today thanks to the meticulous research carried out a century ago by Luca Beltrami, an art historian and great scholar of Leonardo’s Milanese period. In 1920, four centuries after Leonardo’s death, architect Piero Portaluppi began restoring Casa degli Atellani. At the same time, it had been decided to split up the large vineyard of the former Convent of San Vittore, which had remained unchanged since the period of Ludovico Il Moro, into building plots. Before work actually started, Luca Beltrami crossed a gate, which stood in via Zenale, and, to his great surprise, he found, took photos of and handed down to posterity precious documentation of a site which four centuries before had been Leonardo’s vineyard. The subsequent apportionment of the land caused the uprooting of nearly all the vineyard. Only a few vines survived in the plot of land that had been inherited by “Il Salai” and which fell within the perimeter of the renovated Casa degli Atellani. A fire and aerial bombings in 1943 completed the “town-planning work”, destroying what had remained of Leonardo da Vinci’s vineyard.

Up to our days that is. Fondazione Portaluppi and the current owners of Casa degli Atellani have financed preliminary research in the vineyard area. With great enthusiasm and scientific competence, the winemaking expert, Luca Maroni, and professor Attilio Scienza of Milan’s University of Agricultural Sciences have significantly contributed to this research. Thanks to them, on the ground indicated by Beltrami, the first surveys have been conducted and the paths between Leonardo’s vine rows have been identified. Professor Scienza has also singled out the DNA of Leonardo’s vineyard, while the University has planted in a greenhouse the appropriate vines that have been grafted onto rootstock and last March the new vineyard has been planted, following the exact vine rows in Leonardo’s vineyard. With the aid of two leading institutions – the University of Milan and Confagricoltura – Milan Expo 2015 is seeing the resprouting of Leonardo’s vineyard, in the same historic place where it grew before. The Last Supper, the Basilica delle Grazie and Leonardo’s Vineyard, set in the premises of Casa degli Atellani, are an ideal triangle of Renaissance Milan, which today has been re-established.

For info about the visits to Casa degli Atellani and Leonaardo’s Vineyard please look at the dedicated website: www.leonardosvineyard.com