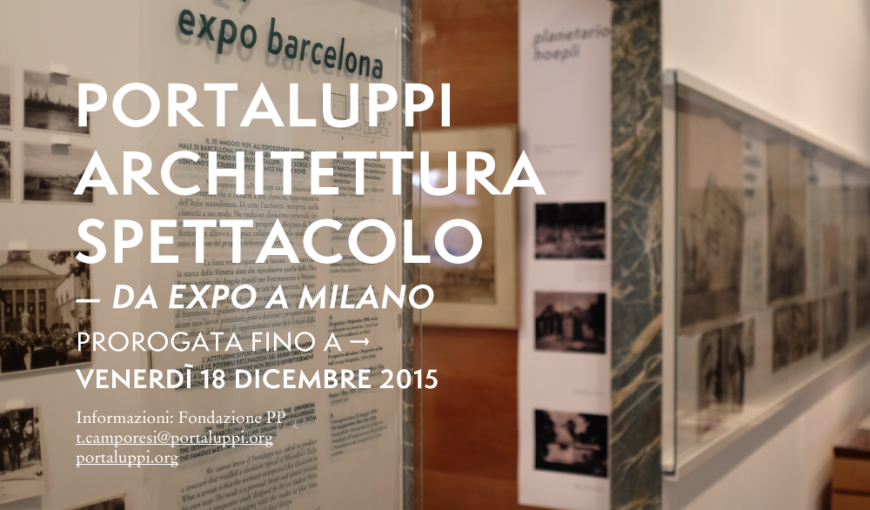 The exhibition is extended to the 18th December with the following timetable:

The exhibition brings together drawings, plans and photographs of the architect’s most spectacular and distinctive works, which left an indelible mark on Milan from the 1920s to the 1960s, with a particular focus on the 1929 Barcelona Expo, for which he created the Italian Pavilion.

The exhibition represents a sort of continuation of the museum itinerary of Casa degli Atellani and Leonardo’s Vineyard – realized by the Foundation and opened to the public on 1st May – in order to allow visitors to acquire a more in-depth knowledge of the architect who restored Casa degli Atellani and the Church of Santa Maria delle Grazie, helping to preserve two of Milan’s important renaissance buildings.

During the exhibition, some clips filmed by Portaluppi himself and the trailer of the film “L’Amatore”, on the life of the architect, which the Foundation will distribute in September 2015, will also shown.